South Africa HIV statistics and how to have HIV free generation

Fighting of HIV in South Africa and accessing ARV treatment

According to South African HIV statistics, Mid-June 2017, the highest number of death was in 2006.

This was due to not providing free ARV’s, not getting tested or taking drugs when you are HIV positive and political issues stating that HIV was not the cause of high rate of death in South Africa.

South Africa has been rolling out a programme to provide free ARV to those living with HIV  to ensure a long and healthy life. 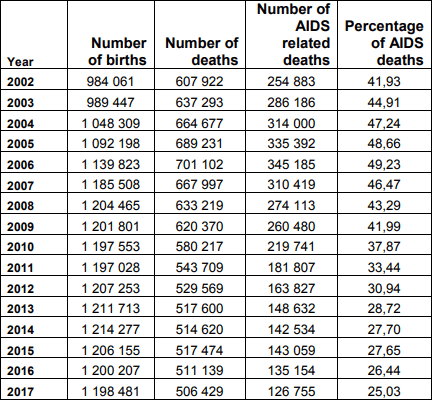 These drugs were first introduced in 1996, in 2012, only people with a low CD4 count access HIV treatment.

South African HIV Statistics has 7 million HIV-positive people, with only half accessing ARVs.

And from days where HIV-positive patients took five tablets a day (three in the morning and two at night), today, where patients take only one pill a day much, has clearly changed.

This is attributed to the increased distribution of condoms in public health facilities across the country; and the continued focus on HIV awareness campaigns.

HIV statistics in South Africa and how people are getting infected

South Africa has the biggest and most high profile HIV epidemic in the world, with an estimated 7.1 million people living with HIV in 2016.

South Africa accounts for a third of all new HIV infections in southern Africa.

The highest rate of getting HIV was of having multiple sex partners.

But that has changed overtime.

People are being infected because some of them are sex workers, some were born with it because their mothers did not take treatment when they were pregnant, and others were raped.

Most people used to have a lack of knowledge about the disease, but today people are more comfortable to reveal their status.

For the next generation to be HIV free, we need to work together with the National Department of Health to educate people to have safe sex.

We should also encourage those who get diagnosed with HIV to start taking ARV treatment as soon as possible.

Influencer marketing: selecting the best match for your brand